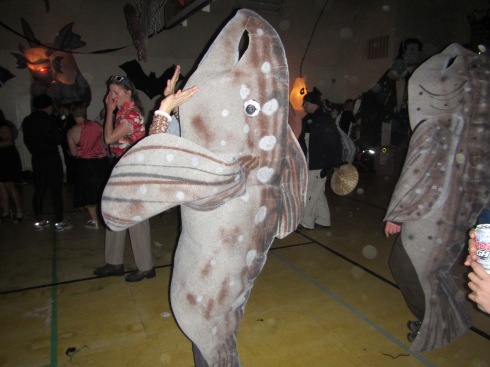 Turns out that just beyond the wall Im sitting at is a lab where penguin poop is dissected.  Jean Pennycook was kind enough to show me around and introduce me to some of her friends. 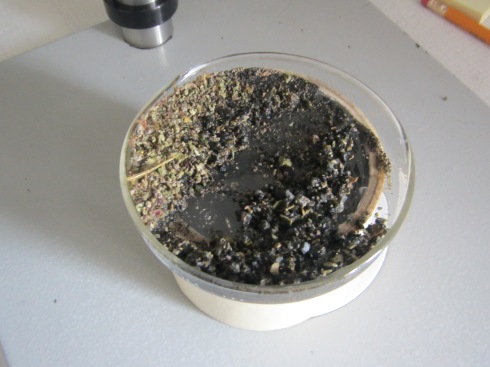 This friendly little guy is a penguin.  Unfortunately, he goes back in the freezer when playtime is over.

Anyone that is scheduled for field work in the Antarctic program gets to take Snowcraft I, which also known as Happy Camper.  Its basically a crash course in survival for Antarctica.  After some classroom instruction the class of about 20 is hauled out to the ice shelf and sets up for a night of camping using Scott tents, mountain tents and snow trenches (optional).  We were taught how to build walls using the snow.  Antarctic snow is so dry and dense that it has the consistency of Styrofoam and can be cut into shapes with a saw.  We had really nice conditions.  No wind and pretty warm.  The low overnight was only -1 F.  We really lucked out. 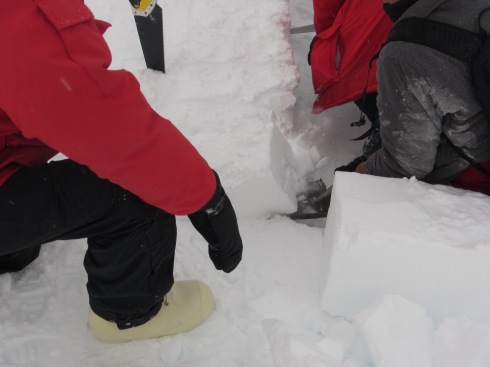 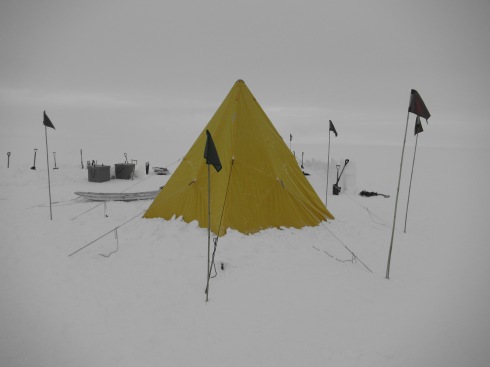 This is a picture of a Scott tent.  Despite the fact that the inventor of this tent died in it, these are tremendously robust tents.  They cannot be blown over in a windstorm and you can even cook in them.  They are held down by using whats called a deadman which is basically an object buried in the snow tied to the tent using a Truckers H itch.

Before you go to bed in Antarctica sometimes (if you’re really in trouble) you have to make your bed by digging a trench to sleep in.

Here is a shot looking up at the roof and the stairs to get into the trench.  I used flagpoles and snowblocks to construct the roof. 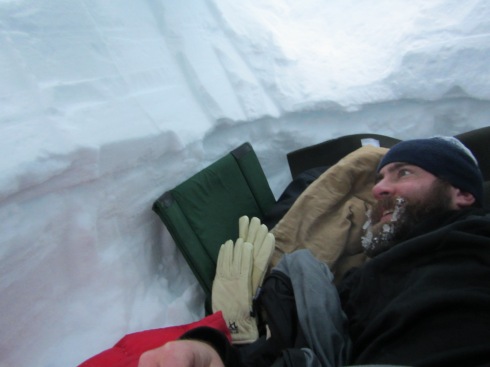 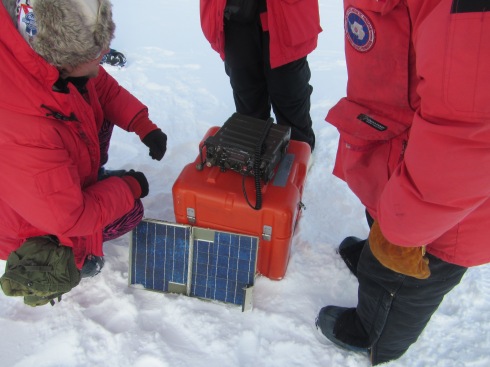 Putting a bucket over your head with a thick hood is a great way to simulate white out conditions.  This excersize is to show how quickly you can get disoriented.  This line of people were attempting to find the bathrooms in the background of the picture. 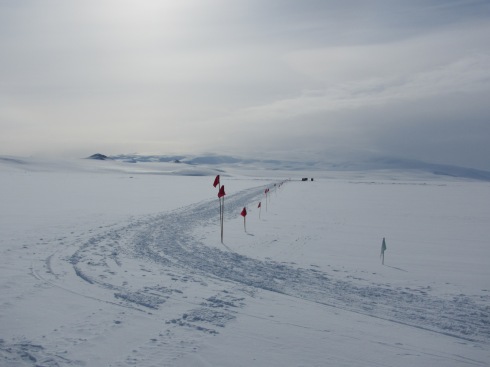 Mattracks and the Delta

Getting around town in Antarctica just doesn’t work with a Honda Civic or anything else you can buy off a car lot.  Thats why these neat little devices are used.  They’re called Mattracks and turned your regular old F 350 into a tracked all terrain machine. Its wonderful to be in a place where these are necessary.  They also make wonderful Christmas gifts. 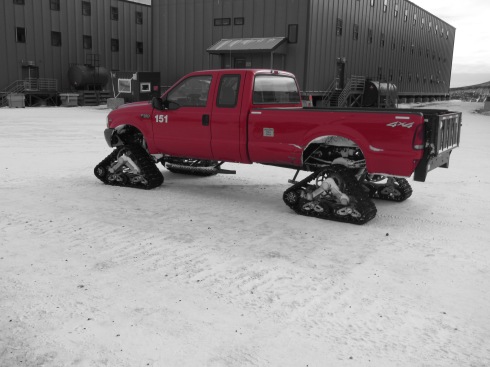 Heres another rig you may see bopping around Mactown.  Its called a Delta, a Canadian made goofy looking military personnel transport from the 70’s.  This ones name is Dawn.  I think it looks like some kind of goofball dinosaur.  Technologically speaking it is a dinosaur.

Part of being in Antarctica is training and lots of it.  Luckily most of it is a lot of fun.  This was one of many surreal experiences that Ive had here so far.  Sitting on a snowmobile on the sea ice in watching a C 17 land and helos (helicopters) take off and land from Mactown with epic mountains in the background.

Mactown has a fleet of Ski Doo Skandia sleds.  Most are 550 fans with super wide tracks for towing traction.

McMurdo Station is not actually on the Antarctic Continent but at the tip of Hut Point, Ross Island.  Our drill camp is located  on the sea ice Southwest of Mcmurdo on the road to the ice runways.  The specific location that we are at is called SPOTSA (South Pole Traverse Staging Area).  We will be building there for the next couple months until we move camp to Windless Bight for testing and eventually traversing to Lake Willan later in the season. 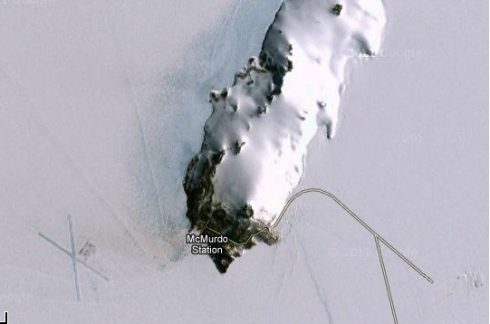 Here is a view from the edge of drill camp looking back towards McMurdo.  The ice road is out of sight to the left of the view.

Here is another shot of drill camp toward Ross Island.  The building with blue sides is our mechanical building, aka the MEC.  Inside we have some workspace, an arc welder, mini lathe and a milling machine.  I cant imagine a better place to machine parts than this.  This is the best office I’ve ever had.

Looking Southwest to the ice runway from drill camp.  There is a C 17 in the background that landed on a routine cargo run. 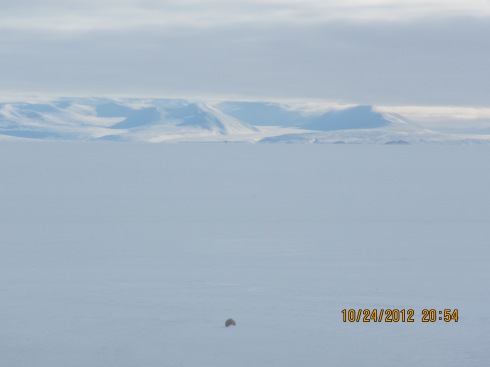 On a clear day the mountains are visible across the sound.

The Device of the Day-Mico Brake

If you want to get around Mactown, you’re going to end up riding in some pretty awesome rigs.  Check out the NSF Ford 350 Vans in town sporting monster tires for buoyancy on the roads to keep them from tearing up the sea ice roads.  Not a bad way to get to work.  They also use a pretty neat little device called a Mico brake.  Since factory parking brakes can freeze up and fail, the Antarctic folks use these hydraulic parking brakes.  Its just a simple check valve that prevents brake fluid from de-pressurizing once the brake has been been engaged sort of like a line lock on a race car without a solenoid.  And look at those cute little trailers.

The flight from NZ to McMurdo took about 7 hours including 1 hour of holding to make our descent into Mactown (The had to wait for the weather to clear).  C 117s ride like Cadillacs.  I spent most of yesterday and today getting settled in my dorm and doing various training (this town is like Science camp for adults, really really awesome).  We came across a seal that had most likely been in a fight because it was bleeding (not seriously, but noticeable).  It looks like a frozen sausage.

It was condition 2 out on the sea ice.  Condition 2 means one or more of the following conditions have been met: 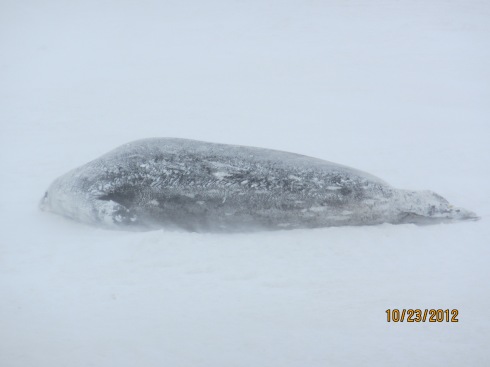 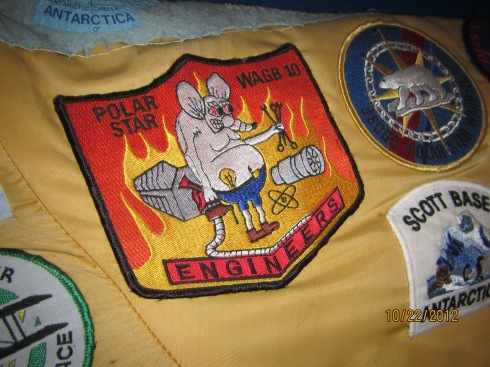 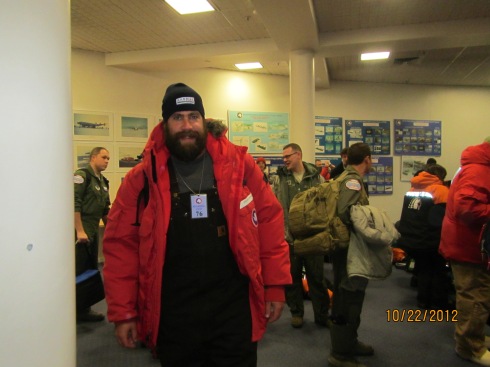 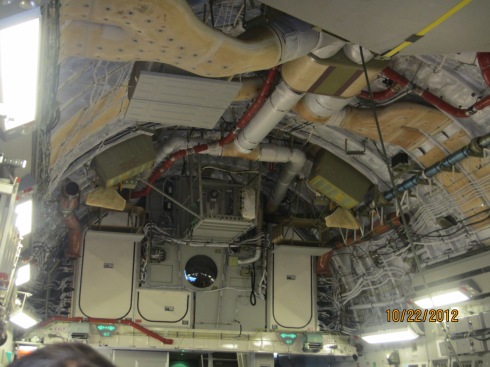