Check out the Registry Page

I added a new page so that I and anyone that is interested can see who else has been reading the blog.  Maybe theres one of those small world connections out there somewhere.  I know there are quite a few people that are following and Im just curious to know who you are.  No worries if you’d rather remain a ghost follower but Id love to hear from anyone thats following.  Just click on the Registry tab and follow the instructions there.

I had another opportunity to go out into the field with the SCINI robot team.

We drove out about 25 miles west of McMurdo on snow machines to deploy the robot under the sea ice.  When we got out there we had to drill a hole in the ice with a “jiffy drill”.

SCINI is deployed through about an 8″ hole through the sea ice.  Its a tethered ROV which means its communications are hardwired to the robot through a neutrally buoyant  line that is on the surface.  The robot tows an instrument package behind it as it surveys the underside of the sea ice.  The robot is controlled with a Playstation controller inside an insulated pop up tent.

We then went out to mark more locations to deploy the robot using a handheld GPS.  When we returned, we had two visitors.  I got to spend my Thanksgiving with two Emperor Penguins this year. 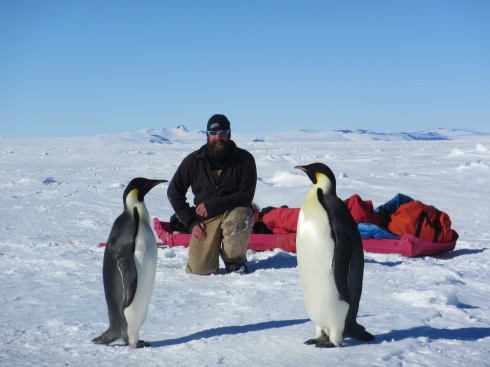 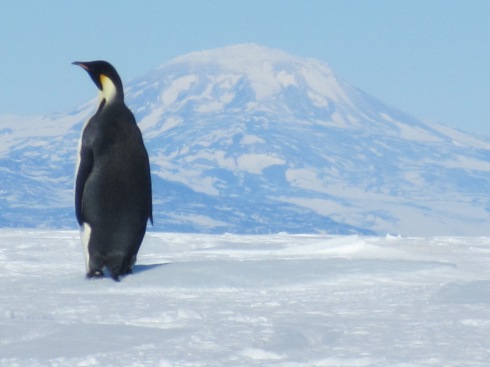 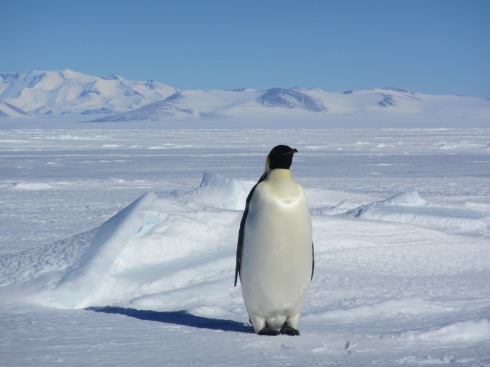 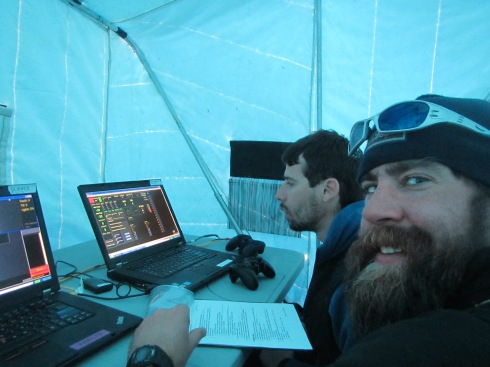 Im no Geologer but heres my understanding of what Pressure Ridges are.   When ice layers of different thicknesses crash together (very slowly) resulting in a big messy pile of angular ice blocks.  There are two parts to the ridge.  One is underwater called the keel and the one on top is called the sail.  The driving forces that form the ridges are the currents and winds. 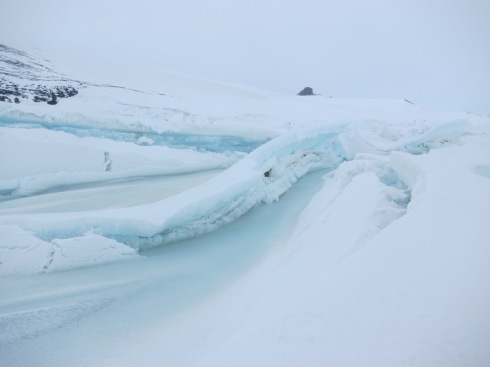 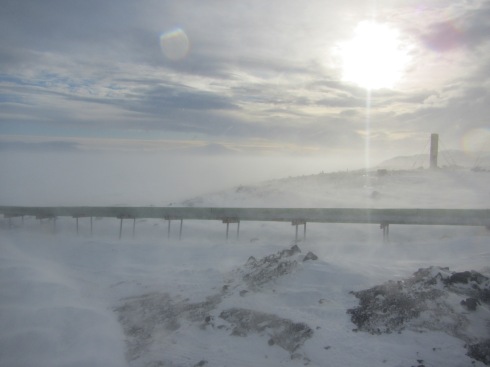 Work continued on the drill this week and we will be moving out to another location about 10 miles away from McMurdo to where the ice is thick enough to drill some test holes.   We finally got the reel container back this week (thats the building we designed and built in Lincoln this summer.   The large steel frame shown below is built in two sections.  The top section is designed to slide to the left relative to the lower section so that the crescents (the big aluminum things) can be extended out away from the container to drill.  When we shipped all of this we had to weld the two structures together so they couldnt shift while being shipped around the world.  In order to separate the structures again the tabs where ground off and removed. 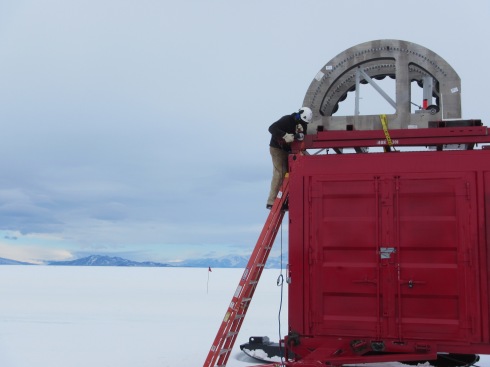 McMurdo celebrates Thanksgiving on Saturday, which is today.  Heres a picture of a Turkey wearing “Bunny Boots”.  Bunny boots is a nickname for the extreme cold vapor barrier boots used by the US Armed Forces and the US Antarctic Program.   I hear they are pretty popular in Alaska also.  These were originally developed at the Navy Clothing and Textile Research Center in Natick, MA (10 minutes from my house in Massachusetts).  They are rated to -65 F and weigh 54 oz (almost 3.5 lbs) each.

Another option for Antarctic footwear is the FDX boot made by Asics.

I opted for the Cabelas boots.  They are equivalent to the FDX boots and  Bunny boots but have the ability to breath a bit better than rubber and leather.  The soles are super thick to provide insulation from the snow.

I cant talk about boots without mentioning Red Wings.  On days that I know are going to be on the warmer side Ill wear my Red Wing 2412 boots.  They’ve survived a season in Alaska and now have served me well in Antarctica too.  The only drawback to them is that they have  a steel toe which, on a cold day can transfer quite a bit of heat out of your toes.  These boots are one my favorite possessions.